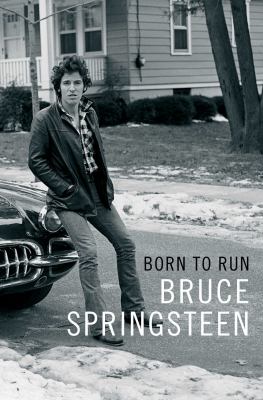 “There’s just something satisfying and mesmerizing about watching something dirty come clean before your eyes,” quipped Chad Shelton.

Even more satisfying, though, was seeing what started out as a way to make ends meet after college grow into a successful career. For 30 years, Shelton’s company, Envirowash, has been the most trusted name in pressure cleaning on the Virginia Peninsula. As the area’s longest-standing pressure wash company, Envirowash set the standard for the industry and continues to dominate the local market.

Shelton has taken the company from one to four employees, with a full fleet of vehicles. He’s also broadened the company’s scope from residential jobs to include large commercial, industrial and even military applications.

But that type of success doesn’t come without challenges—and challengers.

With new competitors often entering the scene, Shelton knew his business needed a more visible location to survive. And there was also the fact his company was starting to outgrow its space in Victory Industrial Park.

“We were fortunate enough to survive the pandemic, but during that time many new pressure washing businesses opened up and were able to charge less, since they had less overhead,” Shelton said. “Our customer base was stable, with many loyal repeat clients coming back to us again and again, but we needed a better way to reach out to new customers.”

In late 2020, Shelton noticed the former John Henry Printing building up for sale. He immediately knew it would be the perfect new spot for his business.

“Route 17 gets over 65,000 cars driving by it on the average workday,” Shelton said. “I just couldn’t pass up an opportunity like that. That type of exposure is priceless, so I put in an offer to purchase the building.”

Shelton was thrilled when his offer was accepted. His new building provides much more room for his employees, equipment and the many chemicals needed for cleaning jobs.

“Envirowash does pressure washing a bit differently than traditional companies,” Shelton explained. “We apply a chemical cleaning agent, then a neutralizer, which is less abrasive and much gentler than most pressure washing techniques.”

Shelton’s process cleans surfaces without damaging them, which appeals to both homeowners and commercial property owners alike. It is also quite attractive to the local military bases, which has resulted in several long-time contracts for the company.

“We recently won a big contract for Camp Perry, which was really cool for us,” Shelton said. “We also do work at Langley, Ft. Eustis and the Coast Guard base in Yorktown. We had to get top security clearances to do this type of work, which I’m really proud of!”

Shelton said that the military contracts, along with his loyal customers that continue to call on him year after year, are what kept the company afloat during the pandemic.

“I love seeing the look on our customer’s faces when the job is all done and the results can be seen,” Shelton said. “Its very satisfying to provide that wow factor on a daily basis and to see the smiles it puts on people’s faces. It’s why I do what I do.”

Shelton credits much of his success to his four amazing employees:

“They really are the best of the best—they each bring many years of experience in this industry, and they’ve stuck with me for a long time, through thick and thin.”

Shelton also praises his wife, Catherine, for always supporting him along the way.

“I feel lucky to have a stable business in York County, two beautiful kids and a gorgeous wife,” Shelton said.

While not originally from Hampton Roads, Shelton moved here with his parents in 1990 and never wanted to leave.

“Being from a military family that moved a lot, I found myself wanting to stay put somewhere,” he said. “I decided I liked this area and wanted to stay and build a life here.”

Shelton said York County’s schools were a particular draw for their family. His two daughters both thrived in the school division. But the biggest attraction was the water!

“We like boating a lot in our free time,” Shelton said. “This area is perfect for that. We live on the water and go out on it quite a bit. It’s the perfect way for us to unwind together from our busy week.”

Visit Envirowash at 5111 George Washington Memorial Highway in Grafton or online at www.envirowash.com