Every day is a party. Sounds great, right? Most of the time, it is, said JJ and Lisa Murray, owners of Hampton Roads Event Rentals. Of course, there are also times when a windstorm tries to blow down your tent.

Luckily, JJ can handle any crisis—and prevent most of them—as a second‐generation rental specialist. His father established ABZ Rentals in 1988, and JJ began working for him at age 16. With the promise he could help run the operation if he earned a business degree, JJ became a manager after graduating from ODU. A few years later, he bought into it as an owner.

ABZ’s Grafton location, which took the name Hampton Roads Event Rentals in 2011, has been open since 1994. The showroom displays a variety of party vignettes, which feature their many offerings: dance floors (any size, in multiples of 4’ squares); stages; trellises, pergolas, columns and arches; fountains; china patterns and linens; lanterns and lava heaters … as well as catering equipment like propane stoves, fryers and concession machines.
Tables and chairs are their most popular rental item, and they are one of few rental companies to stock pew benches (rustic beauties procured from an old church and personally refinished by JJ), which are stunning for an outdoor wedding. The company additionally offers band shells and a wide variety of tents, which range in size from 10x10’ to 60x100’. JJ is renowned for his skill in assembling band shells, and was once asked to come all the way to Las Vegas to install one. His dedication to each event is also unparalleled.
“Once we put up an enclosed tent for a party at a retirement home,” said Lisa, “and it was freezing outside—the windchill was in the teens. JJ stayed out there all day to regulate the heaters until the party, to make sure those folks were going to be warm. I thought that was the sweetest thing!”

Lisa feels most fulfilled by seeing the finished product of their work.
“There have been times we were invited to attend the actual event. It was amazing to just come in and see all the happiness. To know this is all happening under our tent or archway,” she said. 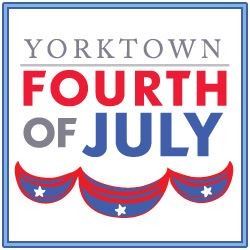 Part of their success comes from staying savvy on the latest trends. One they’ve seen in the past few years is a shift from June weddings to October weddings.

“People like fall,” said JJ. “They like the weather, and in October they assume they are past hurricane season. It also lets them avoid the holidays and colder temperatures in November. Many of our customers want to tie in the vintage/rustic look.”

The rustic theme has been exploding, the Murrays report. They’ve made a niche of offering custom and unique items that capture the trend: antique doors laid across giant barrels for a head table; a specialty tent made of old sailcloth, with wooden legs; dessert trays that look like tiered logs; incorporating lots of burlap into their materials; and even an old shipping crate that JJ turned into a bar. It’s only natural that JJ and Lisa, who both grew up on the Peninsula, can stay attuned to what their customers want. Married 22 years, they live in Seaford with their daughter Carly, a 12th grader, and son Owen, who’s in 9th grade. They credit the success of Hampton Roads Event Rentals in allowing them to diversify their business holdings. Under the umbrella of ABZ Rentals, the couple owns their building plus three other commercial properties on Highway 17, which have continued to have good leases and stay occupied.

Their biggest leap forward, as a complement to their existing business, has been their recent acquisition of The Historic Boxwood Inn at Lee Hall Village—giving the Murrays an event venue of their own. They invested heavily in upgrading and remodeling the property, while retaining its historic character, and it is now available for ceremonies, receptions, dinners and corporate retreats. The inn boasts a bridal suite and weekend accommodations, with both indoor and outdoor spaces for year‐round events.

Taking matters a step further, they also have established Big Dog Classic Motors, which rents out classic autos for events. A longtime car buff, JJ will personally drive the bride and groom away in one of his restored Chevys (’55, ’57 or ’59) or his ‘61 Cadillac. For a smaller fee, you can just rent the car for a photo shoot. If you’re planning an event, be sure to give Hampton Roads Event Rentals a call at 757-890-4700, visit their website at www.hamptonroadseventrentals.com, or come explore their showroom at 4815 George Washington Memorial Hwy, Yorktown.
Data Center
Events
Notify Me
Buy Local
Contact Us
County Home
[]